The longhouse cabin at Ninstints commenced building in the Spring and Summer of 2015, during the height of tourist season. This site is one of the most desired of all the Haida Watchmen sites of the Gwaii Haanas National Park.

These two images show the new longhouse cabin under construction. The cabin will accommodate Haida Gwaii Watchmen for approximately a six month time period. In this beautiful setting with ocean views, you can imagine this is a most desired place to work. The Watchmen will be comfortable in their own rooms, with modern amenities as much as possible in this remote location.

This image shows the back entrance of the cabin. Large overhangs will provide cover from the rain. This cabin replaced an older cabin that had been in the area for years, and needed updating. 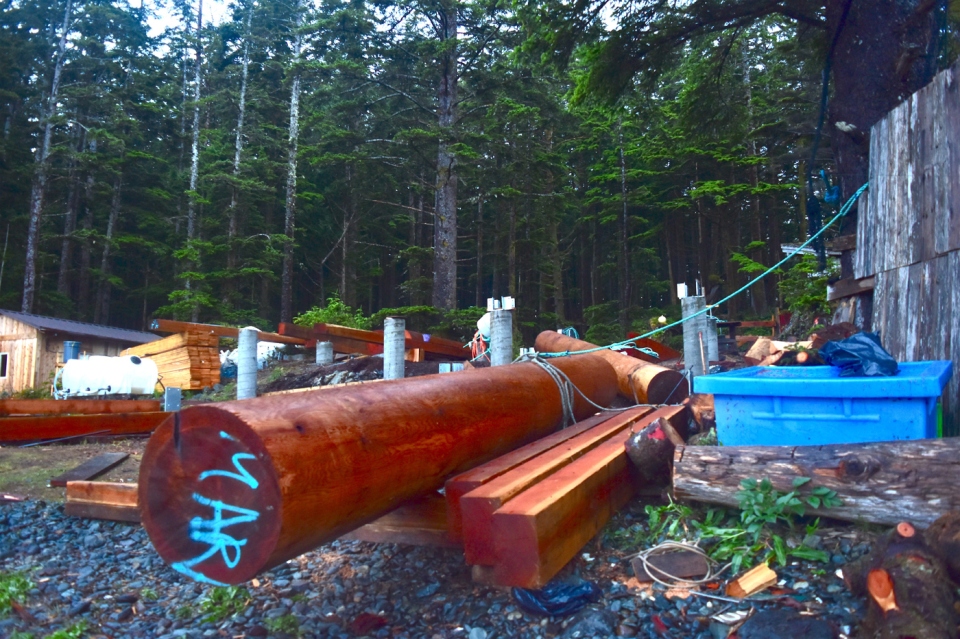 Materials were barged in, then floated to the building site 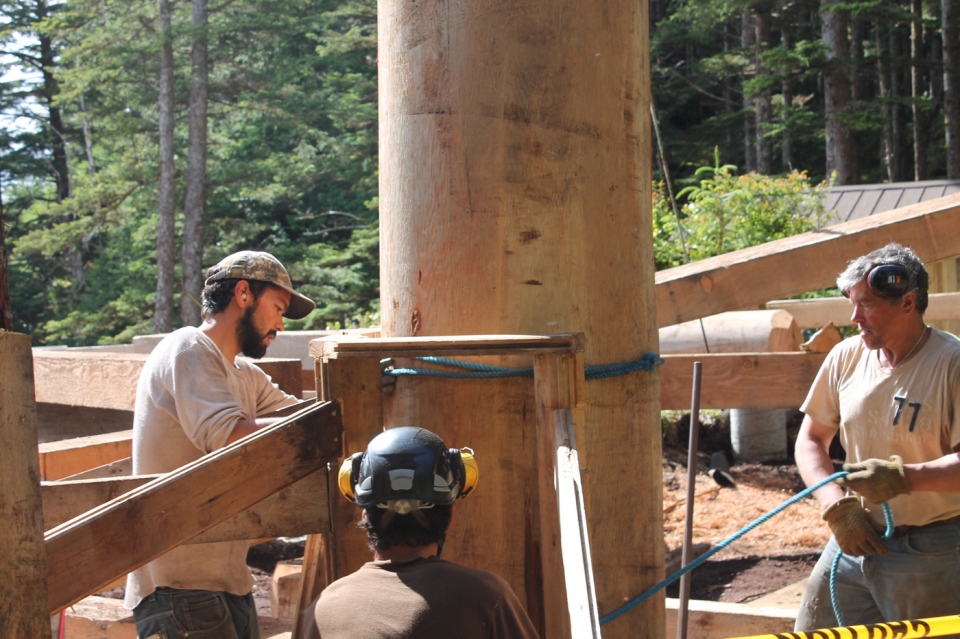 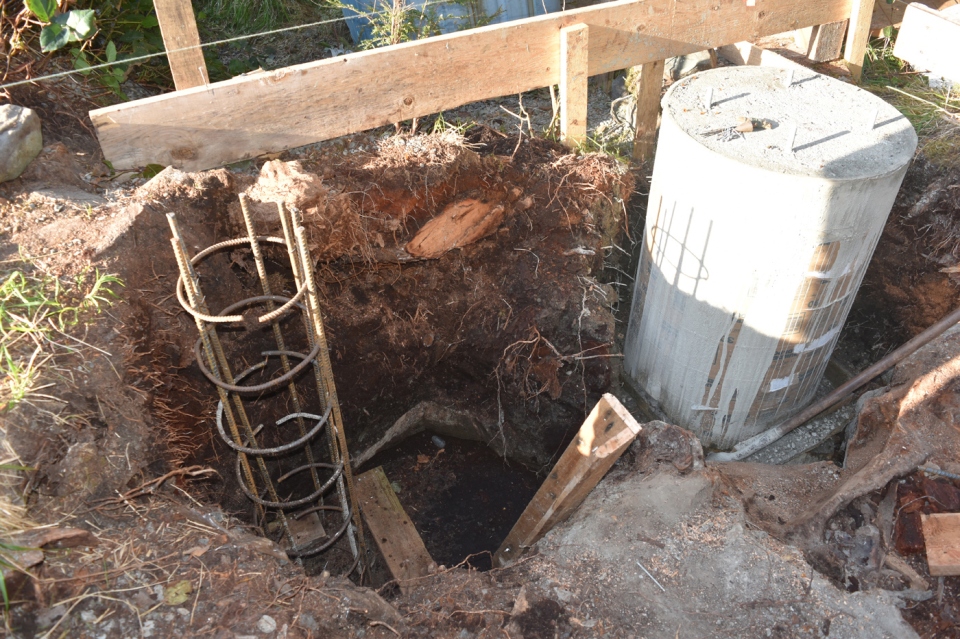 Aligning the pole with the column 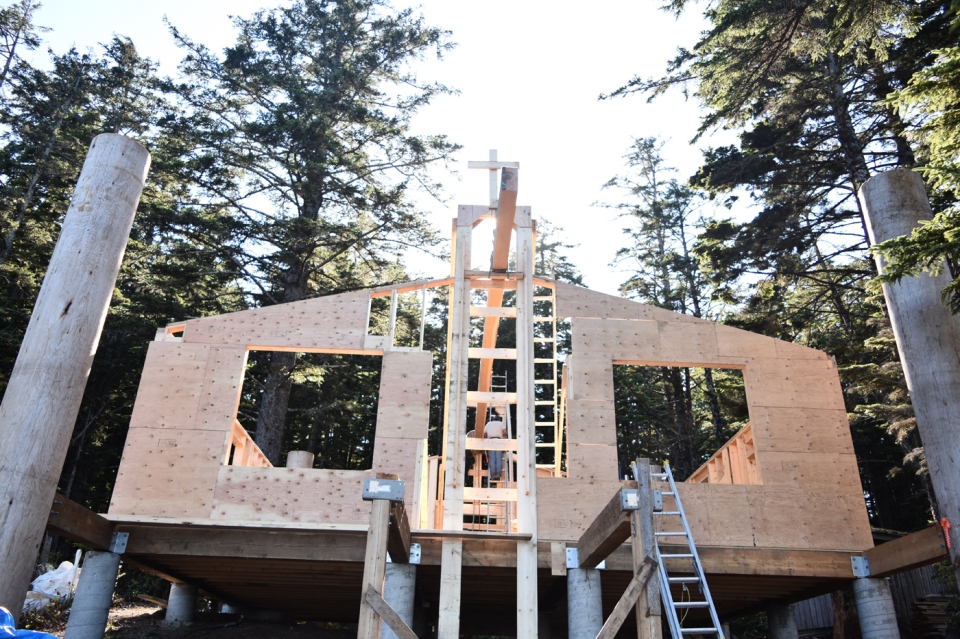 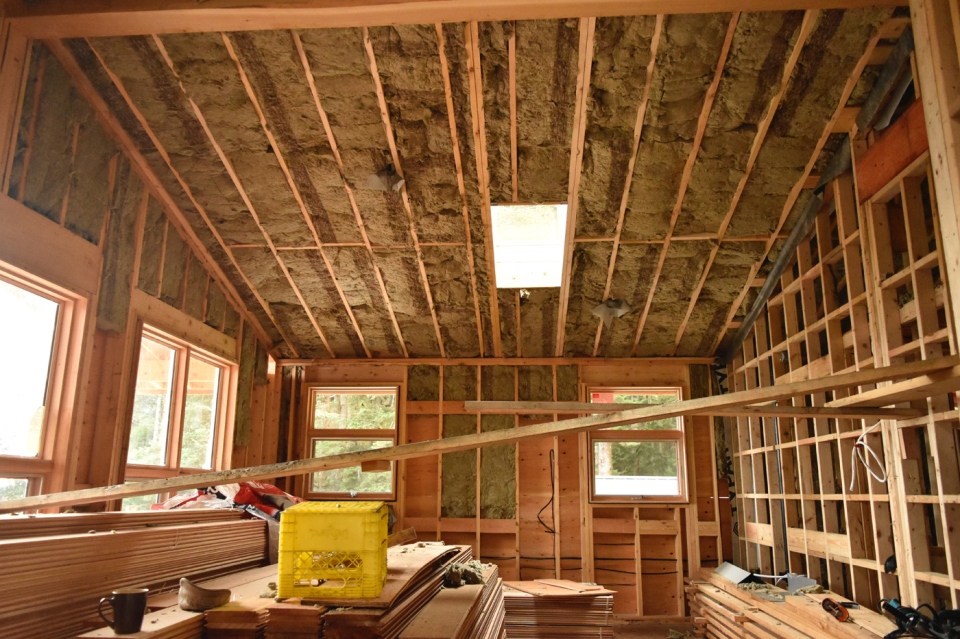 Roxul insulation for fire and soundproofing. The house is powered by solar, and topped up by a generator. 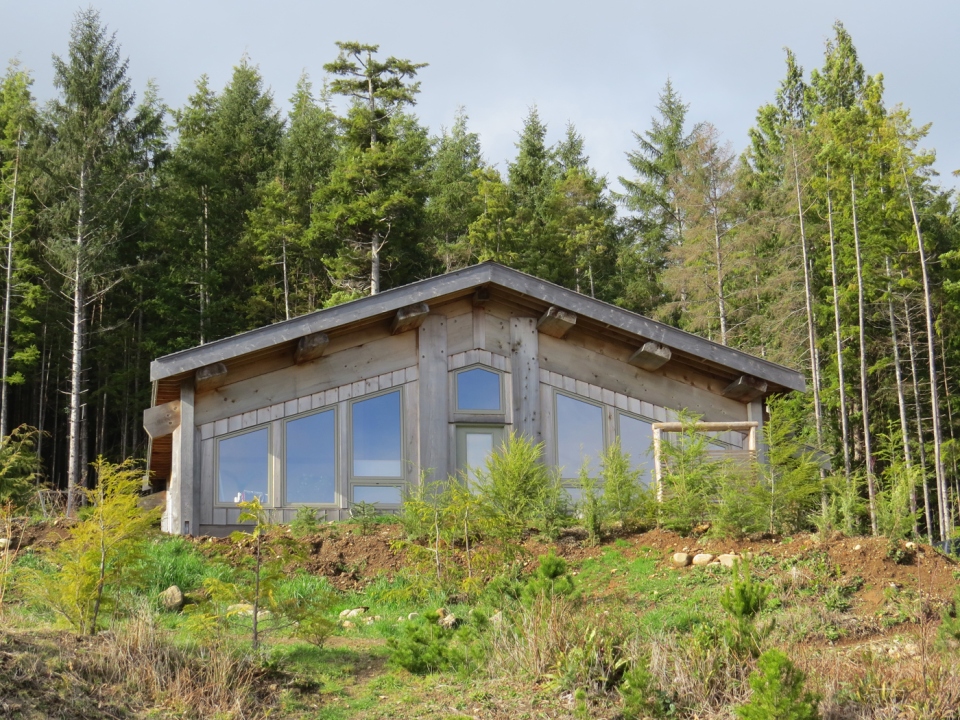 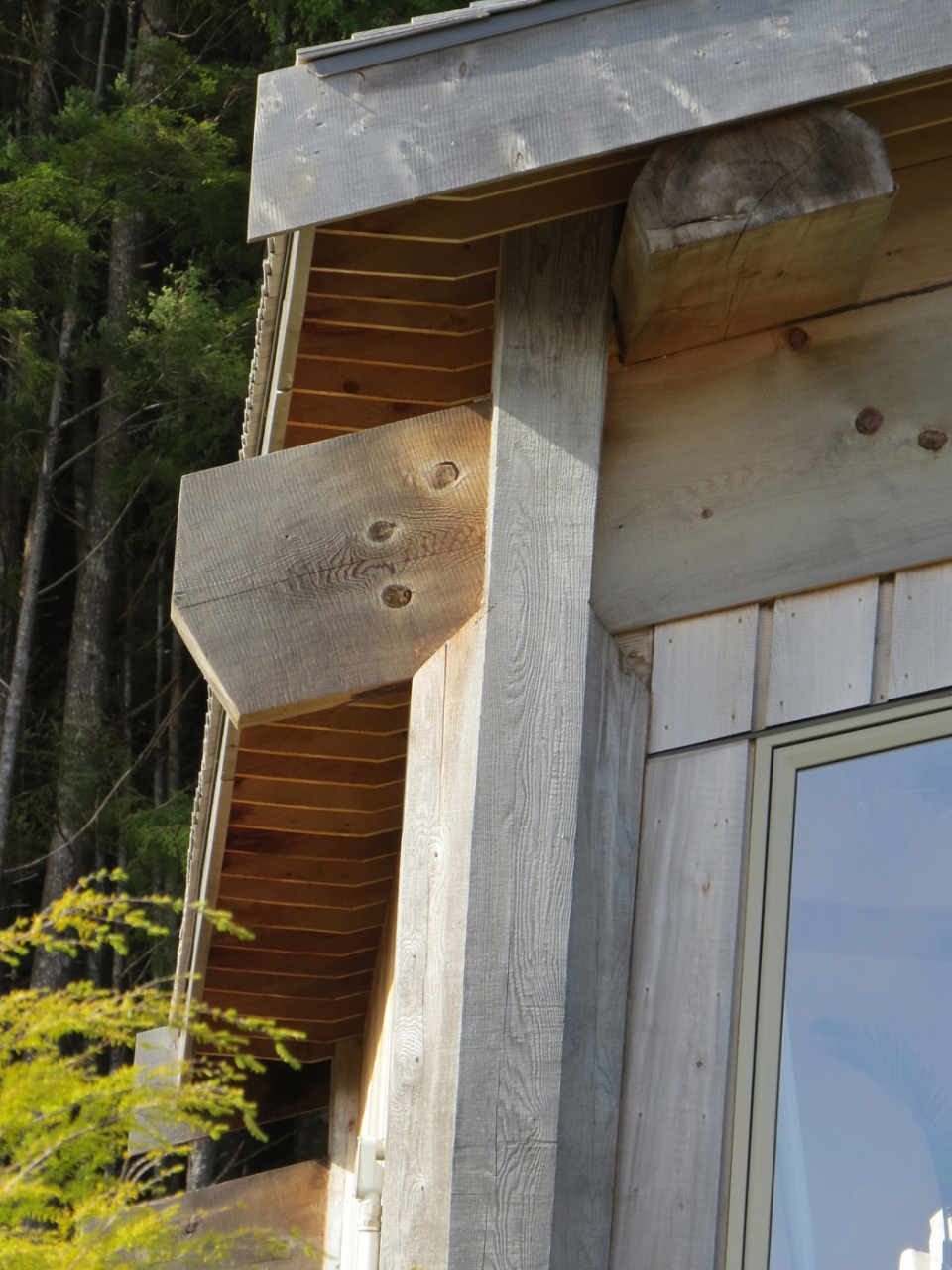 Gwaii Trust building was constructed a number of years ago 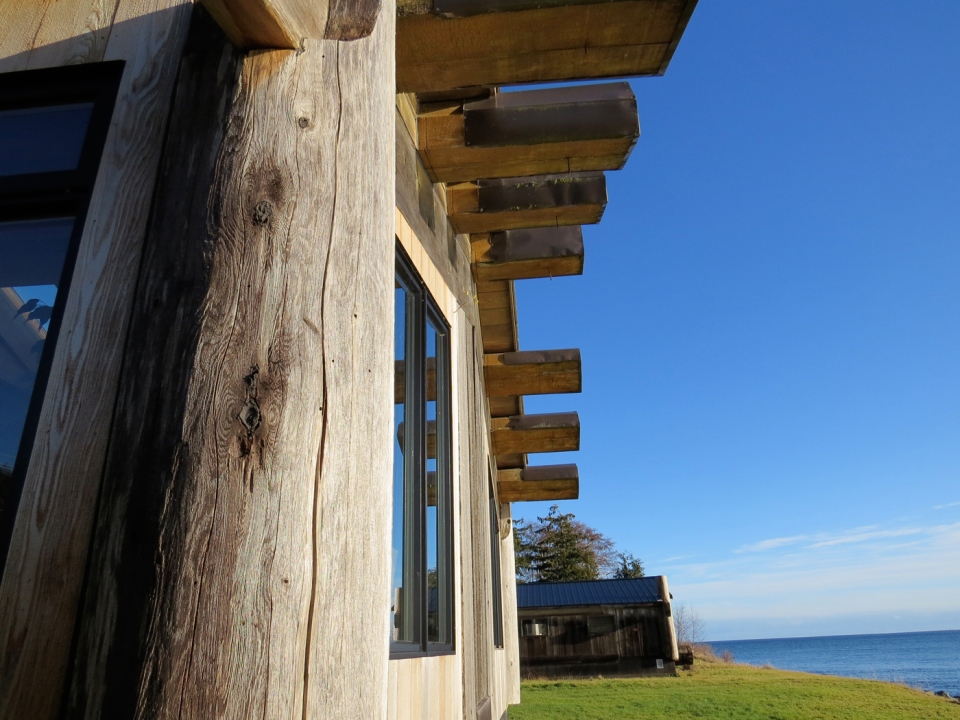 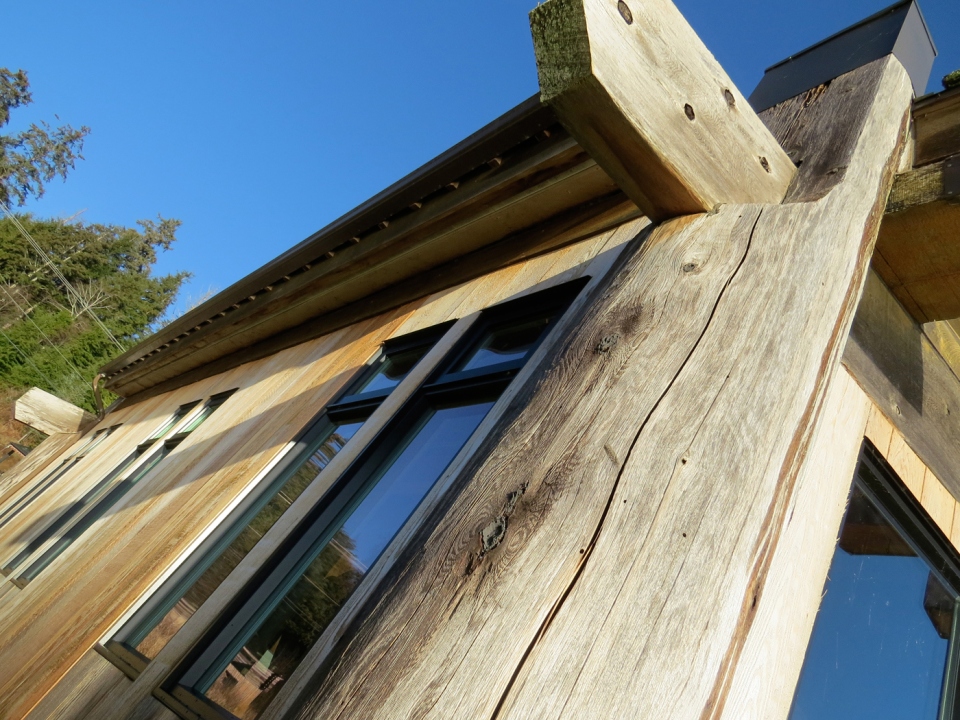 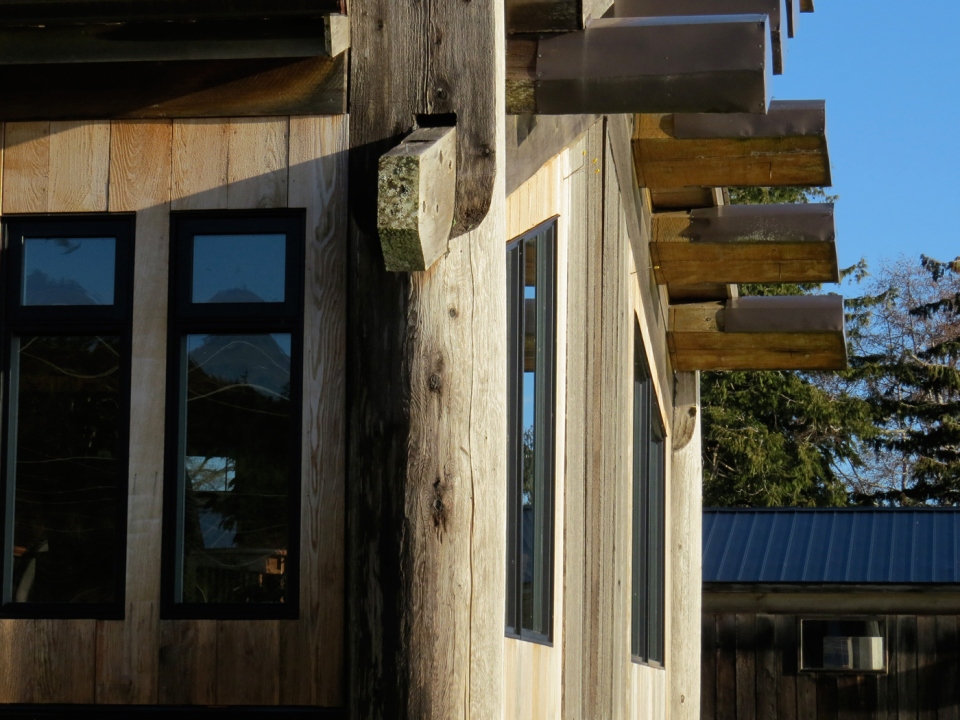 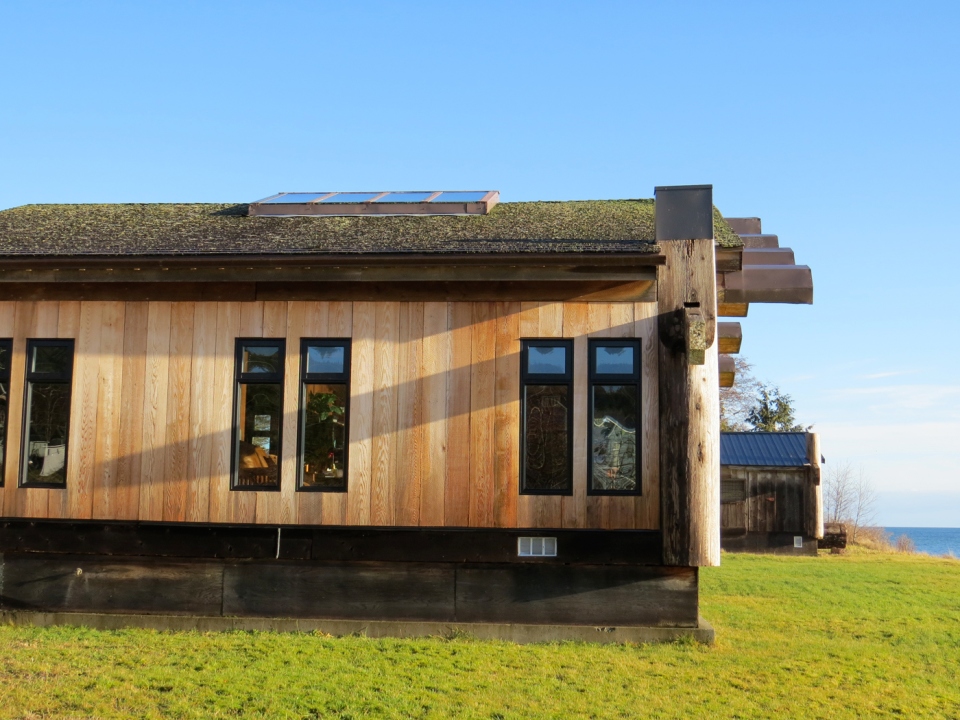 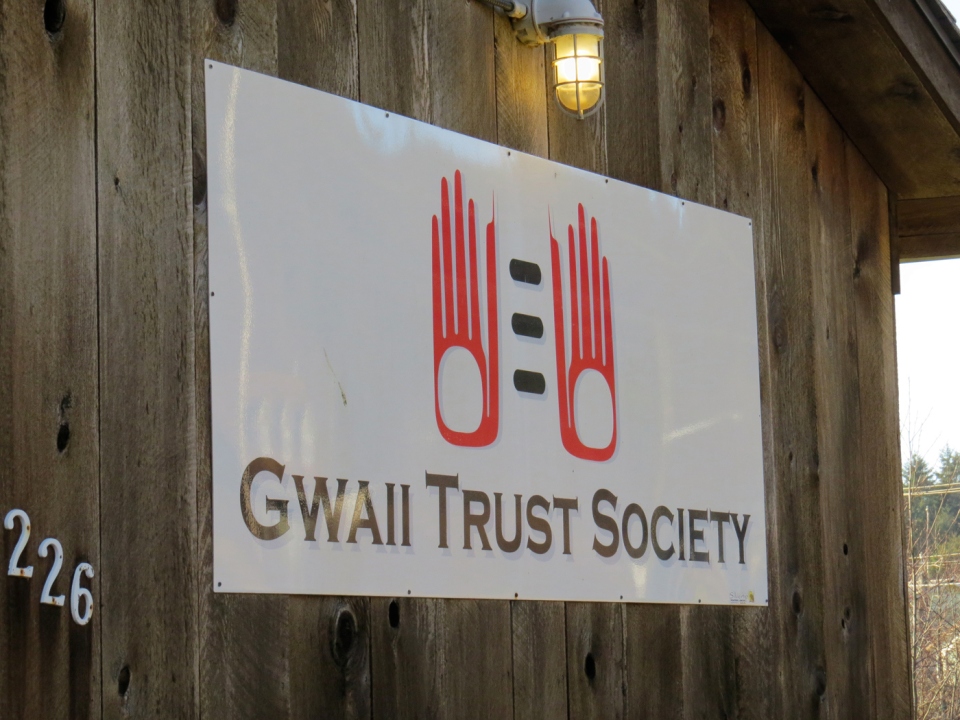 Roof and skylights were repaired 11 years ago

2 beam style longhouse. The front beams are covered and do not protrude as you see in other longhouse designs 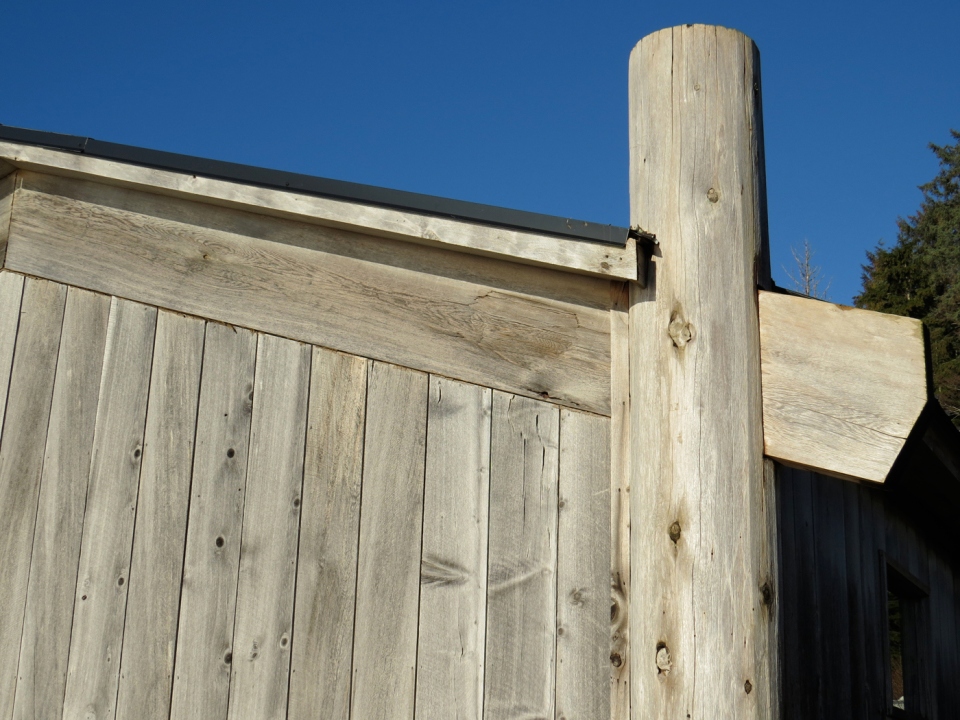 Mark is available for hire to work in all areas of Haida Gwaii. Contact by email: longhouse@hgqci.org

Blog at WordPress.com. | The Designfolio Theme by Press Coders